The Board of Directors for Community Action Inc. of Rock & Walworth Counties (CAI) is pleased to announce the promotion of Marc Perry to the position of Executive Director of the agency. 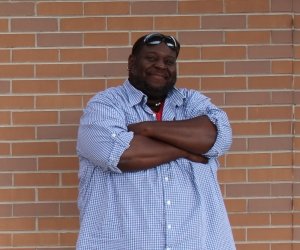 “We conducted a national search and Marc was the top-scoring candidate in every category,” says Julie Lewis, chair of the board.  “One of his references put it well –

“Marc is a servant leader, and is one of the people that I not only call a peer, but also part of my circle of influence or mentorship.  Marc lives and breathes the mission of Community Action, and is well respected in the communities he serves, as well as staff at CAI that I have interacted with.  When most people think of Community Action, they think of Marc Perry.”

Perry has worked with CAI in a variety of roles since October 2006, and has served as Interim Deputy Director since January. Perry was instrumental in launching the agency’s workplace diversity training program and re-opening the Merrill Community Center in Beloit.

“I have had the privilege of working with Marc as a co-director at Community Action for the last 13 years and look forward to supporting him in his role as Executive Director,” says Lynn Jones, Interim Executive Director.

“Marc’s knowledge and support of community initiatives will continue to enhance the programs and services offered by Community Action,” Jones says.

“Community Action is an incredible organization,” says Perry.  “I am so proud and so honored to accept the role of Executive Director.  CAI is an organization full of bright shining stars committed to improving the lives of others.  I appreciate our Board of Directors for their continual guidance and support and will do everything I can to honor their decision and uphold our mission, vision and core values.”

Perry will officially start his new role on June 1st.