A volunteer’s perspective of Twin Oaks

A volunteer’s perspective of Twin Oaks 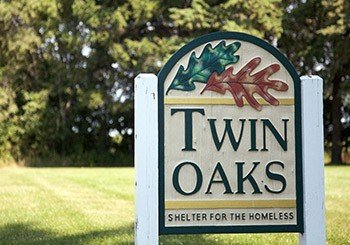 Bruce originally started working with Twin Oaks Shelter for the Homeless about a decade ago through a program that employs older workers. When that ended, he says missed being with the homeless so he volunteers every other weekend and holidays at Twin Oaks.

“I’ve volunteered at most of the churches for the men’s shelter,” he says. “At Christmas, I used to come volunteer at Twin Oaks during the day and go to the men’s shelter at night. You try to make that time of year the best you can for these guys [homeless families].

The reason I did it is that it made me feel good. That’s basically why you do this.

The frustrating part is when you have people that don’t want to do better. Walworth County basically has everything people need to succeed, but they need to motivate themselves to do it. You can’t just hand them everything all the time. Some people don’t want to understand that, and you can’t do anything about that.

But that’s canceled out so much more by people who do want to do something to make their life better. Those people make the whole experience worthwhile.”

Bruce no longer drives, so he’s cut back on his volunteering. But he makes a point of being at Twin Oaks on holidays to give employees a break at the 24/7 facility.

He’s originally from Las Vegas. One of the reasons he came to Wisconsin was to work as an announcer at a dog track. Bruce now lives by himself with his little dog in a 300-square-foot house outside of Delavan.

“I would say I’ve lived there for nine years, and I have not gone a day without someone checking on me to make sure I’m ok and to pass the time. Even with those wintry blizzards people come by.”