(3-30-15)
BELOIT —Cecilia Dever likes to share a success story about Savanna Brewster, a young woman on the verge of homelessness. When Savanna lost her job, she went for help to Community Action of Rock and Walworth Counties. Community Action found she was eligible for a program that helped her find stable housing. With a secure home, Savanna was able to focus on goals to become self-sufficient. She became a certified nursing assistant and now wants to be a nurse.

The program that set her on a path to success is known as PATHS. The acronym stands for Permanent Connections, Academics, Training and Employment, Housing, and Social and Emotional Wellbeing. “It’s our most recent program, starting in 2014,” said Dever, executive director of Community Action. “In addition to housing, clients are linked with training opportunities and employment.” The program is one of more than 20 Community Action programs that help people like Savanna fight poverty in local communities every day. Food help, affordable housing, at-risk-youth programs, health care, employment training and sup-port and learning centers for kids are among them.

The agency also offers a fatherhood program in Beloit, which it wants to expand to Janesville and Walworth County. The purpose is to help fathers get employment, pay child support and be part of their children’s lives. This year, Community Action celebrates a notable milestone: For 50 years, the nonprofit agency has been empowering people to help themselves.
“We provide a hand up instead of a handout,” Dever said. “Participants have to do all the work. We can’t do it for them. When they are ready, they come to us, and we help them achieve their goals.”

FIGHTING POVERTY
Community Action began locally in 1965 as part of Lyndon Johnson’s War on Poverty. Today, the agency invests more resources to fight poverty in Rock and Walworth counties than any other not-for-profit group, Dever said. Community Action has an annual budget of $7.5 million with a staff of about 100 employees. Last year, it served more than 5,350 people. About half the money comes from federal grants and contracts. State grants and contracts make up about one-quarter of the budget, while private sector resources add 20 percent. Local grants and contracts make up 2 percent.

EMPHASIS ON WORK
Lisa Furseth worked as the agency’s executive director for 12 years.
“We really honed in on the reality that the only true path out of poverty is access to good employ-ment,” she said. “We worked to build employment, education and skill building.” The former executive director said the agency focused its best work on “people who have suffered the most in mainstream systems, including kids who are likely to fail in traditional school systems.”
The Beloit Fresh Start/Youth Build program is an example. The program takes on broad challenges facing young people who have fallen through the cracks, said John Ramstad, director of community programs at the Community Action Pathways Center, Beloit. Fresh Start helps students earn high school diplomas and prepare for work or post-secondary educa-tion. “We accept students who want to make changes in their lives,” Ramstad said. “Seventy-two percent are placed in employment, continuing education or the military.” Young people also learn about healthy relationships. “Many lack sufficient role models to keep them on the paths to success,” Ramstad said. “No other program I am aware of has the resources to take on such a broad but necessary agenda in the lives of our youth.”

DEDICATED WORKERS
Furseth said it takes a special kind of person to work at Community Action. “We set a high bar for ourselves,” she said. “The agency has an amazing team compelled to take on the hard stuff. The team never wants to walk away from people with potential.” She called helping as much an art as a profession. Marc Perry has been with Community Action since 2006. He said his job is rewarding every day be-cause he has a chance to improve someone’s life. “We have the privilege of being the voice for the most vulnerable among us,” Perry said. “The work that we do is not a job but a lifestyle. My life is not my own. My life is lived in the service of others.” He is especially proud of the Homeless Intervention Task Force, which has raised awareness about homelessness in Rock County since 2005. “Hunger and homelessness remain critical issues in this community,” Perry said. “But in 2015, so many more people are paying attention, and so many more people are working together to combat it.” He summed up the work of Community Action. “We are never afraid to lead,” Perry said. “That is the true strength of the organization and the true impact on the communities we serve. We always step forward.”

HEALTHY CHOICES WALK IS APRIL 25
The date for the upcoming Healthy Choices Walk in Beloit was incorrectly listed in an earlier version of this article.
The walk is Saturday, April 25. 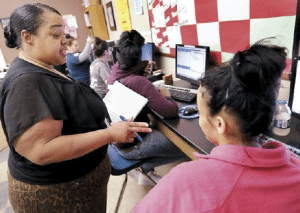 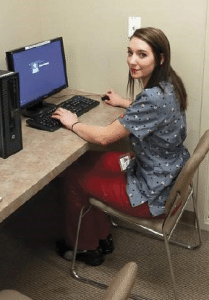 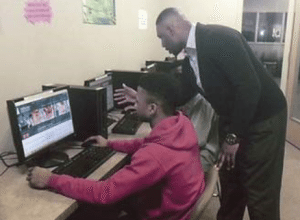 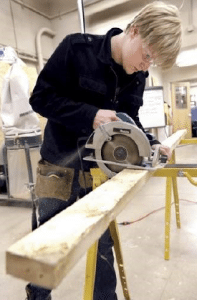 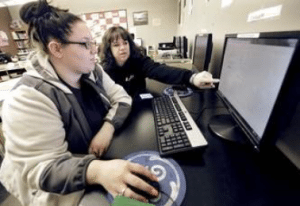 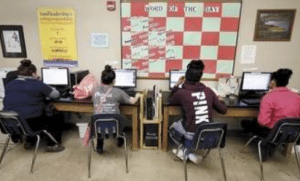